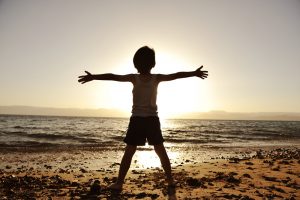 There are times when your daughter simply won’t talk, and you feel completely helpless as to how to get her to open up. At home she has no problem communicating, but in some other environments she goes completely silent and you know it’s a step beyond her simply being shy. It is impacting her at school, both in the classroom and in her ability to make friends. You want to be able to support her, but you’re not sure how and concerned about what has caused this. And most troubling of all, you’re worried that this may be symptomatic of a bigger problem.

What Is Selective Mutism?

Selective Mutism (SM) is classified as an anxiety disorder in which people who are normally capable of speech do not speak in specific environments. Many children are shy, but adaptable and capable of speaking if need be. Selective Mutism is characterized by a much greater degree of rigidity, where children simply will not speak in particular environments no matter what.

Does My Child Need a Speech Therapist?

Selective Mutism is a psychological disorder rather than a speech disorder, so a Speech Therapist is not equipped to treat it. Children with Selective Mutism are capable of speaking, and often speak very well when they do, but for a variety of reasons they choose not to in certain environments.

When Does Selective Mutism begin?

Selective mutism usually first appears in a child between the ages of 2 and 5 years old, although it frequently goes undiagnosed until later, typically between the ages of 6 and 8 years old. This happens in part because it can be difficult for parents or even mental health professionals to distinguish between Selective Mutism and general shyness. Many parents think that it is just a phase, and understandably so. Yet the earlier that you seek treatment, the easier it is to treat, as the behaviors are not quite as entrenched.

Selective Mutism can result from any combination of natural shyness or anxiousness, a family history of anxiety, the adjustment to a new culture or environment, speech or language difficulties, and/or limited socialization with peers outside of school.

In doing your research on Selective Mutism, you have already taken an important step in helping your child with this often misunderstood problem. Now take the next one. Selective Mutism treatment for children involves the parents as much as it involves the child, so I encourage you to call me at (424) 262-2014 for a free, 15 minute consultation your situation. Let’s see if we can get your little boy or girl to come out of their shell.